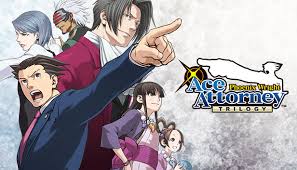 The Taiwan Digital Game Rating Committee has released ratings for a number of games, and one in particular looks interesting.

There is as yet no release date or news of a Western release for The Great Ace Attorney Chronicles but games released in Taiwan tend include English language support. Game received rating for the Playstation 5 and Nintendo Switch.