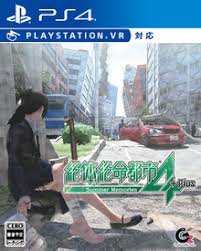 The latest in the Disaster Report series (also known as SOS: Final Escape and Raw Danger!) has finally been given an internationally release date.

Disaster Report 4 has been out in Japan on the PS4 since 2018 and the Switch in Japan in 2019. Now we know that Disaster Report 4 will finally be making its way to the rest of the world, and not just on the PS4 and Nintendo Switch but PC as well, on the 7th of April 2020. It will even have a limited edition release.

You can see a trailer for Disaster Report 4: Summer Memories as well as more at the official site here.