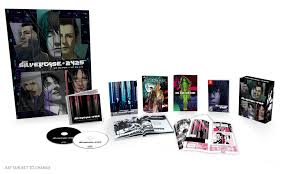 The murder-mystery duo of titles from No More Heroes creator SUDA51, The Silver Case and its sequel The 25th Ward: The Silver Case are coming to the U.S.A. on the 6th of July, 2021, and the 9th of July in European countries, for the Nintendo Switch.

The bundle under the title The Silver Case 2425 is already available in Japan, but now it’s making its way out to the rest of the world.

You can watch a trailer for the compilation below.

And the SUDA51 releases don’t stop there, because Limited Run Games has announced that they will be releasing physical copies of No More Heroes 1 and 2, also for the Switch. You can see tweet from Limited Run below.