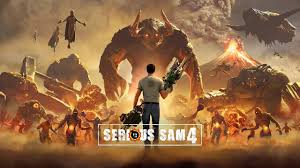 Google’s games streaming service Stadia has failed to make anything more than a ripple or two in the video gaming pond, and one of the reasons for this is something that Nintendo has proven generation after generation, exclusive games will sell consoles. Google might not be in quite the same position as Nintendo since their selling a service, but the lack of reasons to pay for Stadia certainly hasn’t helped convince potential buyers. Now it seems that Google are attempting to alleviate that issue, even if only temporarily.

While speaking with Kotaku, Devolver Digital, the publisher for Serious Sam 4 announced that the multi-platform title will not becoming to anything outside of PC since signing a timed-exclusivity deal with Google until 2021.

Whether or not these times-exclusives will be something we see more of in the future is yet to be seen, but it’s safe to say it will take more than one or two third-party titles hopping on Stadia for some months to bring the sort of customer base that Google presumably wants to see.