Sonic The Hedgehog Movie Impresses At The Box Office 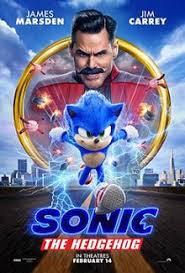 The Sonic The Hedgehog Movie might have had a rocky start, what with the bizarre model that was originally going to be everyone’s favourite hedgehog causing an outcry from fans.

Well those problems were corrected, and it looks like the move has helped to make the Blue Blur’s big screen début a massive hit, already passing $100,000,000 internationally since its release on February the 14th 2020.

Sonic may have had a hard time of it on the game’s front in the last few years (even if you consider Sonic Mania) but this latest success shows that Sega’s Mascot is still a world-wide icon in popular culture. And with Sega’s promised monthly announcements throughout this year, let’s hope 2020 sees something for Sonic game fans to get excited about.