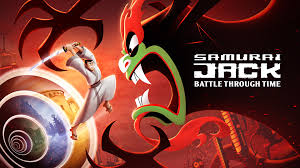 It was back in 2001 when the first episode for the much-loved cartoon series Samurai Jack aired, and although we saw a return to cartoons for the time-travelling samurai in 2017, the last video game appearance by Jack was in Cartoon Network: Punch Time Explosion.

Now though the year is 2020, and Adult Swim has confirmed a new game in the Samurai Jack franchise. Called Samurai Jack: Battle Through Time, the new title will be developed by Soleil, and will be released on the Nintendo Switch and Steam.

You can see a trailer for Samurai Jack: Battle Through Time here.