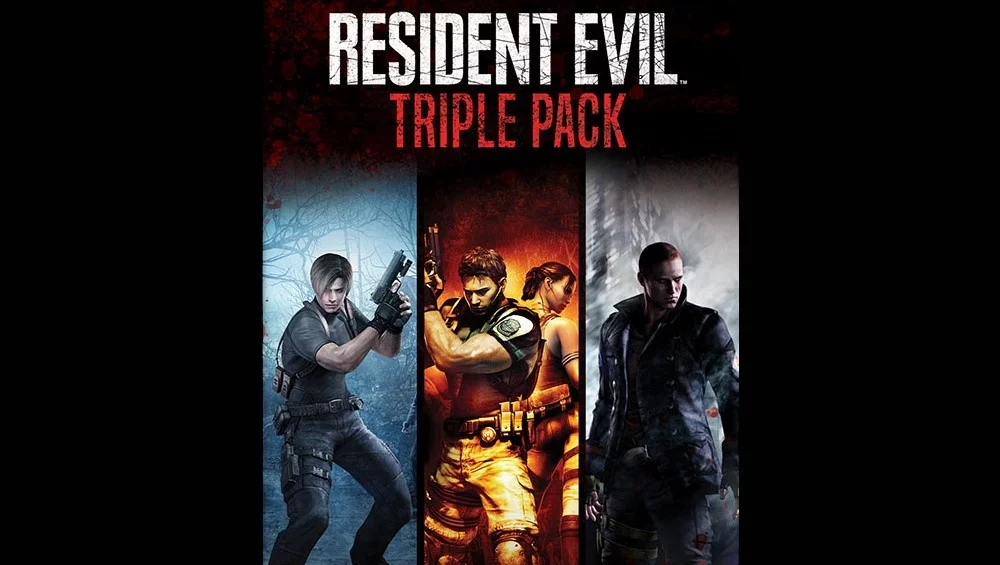 Capcom releases on the Nintendo Switch have been either hit or miss thus far with some games, Dragon’s Dogma, for instance, pleasing fans while others, particularly those featuring Resident Evil in the title, not so much & this trend looks set to continue.

Already playing host to a number of Resident Evil games, the news that three more were on their way to the Switch, namely Resident Evil 4, 5 & 6 certainly caught the attention of the fans, attention which grew significantly with confirmation that all three titles would be bundled up & released together physically. Unfortunately, Capcom has decided there is a catch, only one game will actually be on the game cart.

Yes it’s true, the Resident Evil Triple Pack actually only contains a single Resident Evil title; 4, 5 & 6 require a separate download, an identical distribution method already used once by Capcom this gen with the Resident Evil Collection & one the publisher looks keen to employ whenever possible.

Resident Evil Triple Pack will be available on the Nintendo Switch from October 29th.