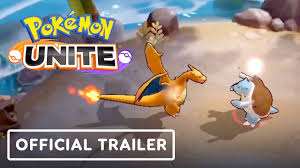 The second Pokémon Presents event of 2020 has happened and the ‘new project’ that was being talked about has been revealed as Pokémon Unite.

The title is being described as a MOBA (Multiplayer Online Battle Arena), basically a real-time strategy game that sees teams of players going head to head as Pokémon.

Pokémon Unite is a joint-project between The Pokémon Company and Tencent, and will be releasing on Nintendo Switch and mobile devices.

There’s been a fair bit of disappointment at the announcement of Pokémon Unite. Many fans had hoped that the new project would be another remaster for one of the older generation Pokémon titles, as can be seen by the trailer’s number of dislikes on its Youtube trailer.