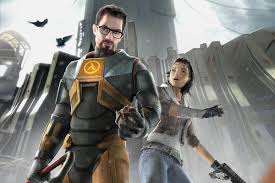 There are a few games that older gamers have always wanted sequels to. One example is Shenmue, and with the release of Shenmue 3 many gamers got their wish. Another that’s right at the top of a lot of wanted lists is Half-Life 3.

Well although it’s not quite a third title in the series, Valve has announced a new game in the Half-Life series.

It might not be what everyone was looking for, but at least there are still signs of (half) life for Valve’s most wanted series.