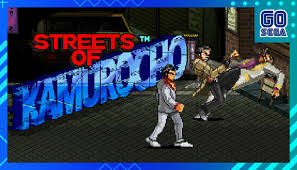 To accompany their digital sale for its 60th anniversary Sega has decided to give away some small games. The four free mini-games include a Yakuza and Streets of Rage crossover and a prototype for a cancelled Golden Axe game called Golden Axed.

All the mini games will be available through Steam, starting on the 15th of October, 2020, with a new game released each day. The give away will only be running until the 20th of October, 2020, so you’d better act fast and be sure to claim all four mini-games by the 20th if you’re interested.