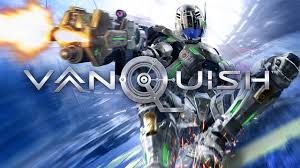 PlatinumGames are gold, that’s widely accepted. So whenever we hear anything to do with a Platinum Games a new release we’re pleased

Well leaked news today isn’t quite a new release but a re-released remasters of Bayonetta and Vanquished, two of Platinum’s earlier titles as a 10th anniversary bundle for the Microsoft Store, however no news as yet of a physical release.

Since its release Bayonetta has seen many releases (most notable of all is its Switch bundled release with Bayonetta 2), but Vanquish hasn’t spread nearly as far or wide.

Let’s hope then that we at least see a remaster of Vanquish make its way to as many platforms as possible; PS4 seems likely but with Platinum’s good relationship with Nintendo maybe we will get a Switch port too.

You can see a trailer for the bundle here.