Series X Showcase – What Was There? 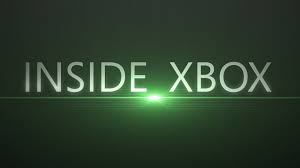 Microsoft held their latest Inside Xbox, saying before hand that they wanted to show us next-gen games, but what did we see.

The presentation was of cross-generation games, all of which were billed as improved by the Series X. The first was Memory Bright Infinity, a first-person shooter with time travelling overtones and melee combat sprinkled throughout. There was a quick blast of Dirt 5 for any car enthusiasts out there, and there was also a little from Madden 21. We saw a rash of new titles in quick succession, including Scarlet Nexus, a Bandai Namco title that looks reminiscent of Astral Chain in style and theme, Second Extinction: Reclaim Earth which is another first-person shooter with dinosaurs, and any Silent Hill fans might be pleased to hear about The Medium, a horror game with Akira Yamaoka’s involvement, former Producer and Composer for Silent Hill titles.

There were more games and news besides, like the latest Yakuza title Like A Dragon, that will be coming to the Series X at launch, but the event seemed to lack a little punch.

There was a fair few games and they were coming in fast, but as a Series X event, how many of the titles shown will end up being exclusives? On top of that all of the titles shown will take advantage of the Series X’s ‘Smart Delivery’, or in other words, if you buy a copy of such a game, you can use it with any version of the Xbox One or the Series X and enjoy the version of that game compatible with whatever Xbox console you are using. While that’s definitely an interesting idea, is it really a selling point for the Series X? How have these games been affected by the fact that they have to run across generations?

The event was by no means bad, and worth a look for any Xbox fan or multi-platform gamer, but if you were approaching this showcase to see just how powerful the Series X is then you’ll probably be disappointed.

If you missed the event you can watch it here.